The scene begins at a cabin entrance, where Roger is helping his wife, Carol, through the two-part door. Carol has covered her eyes because she’s discovered where they’re coming to visit: a nudist colony! 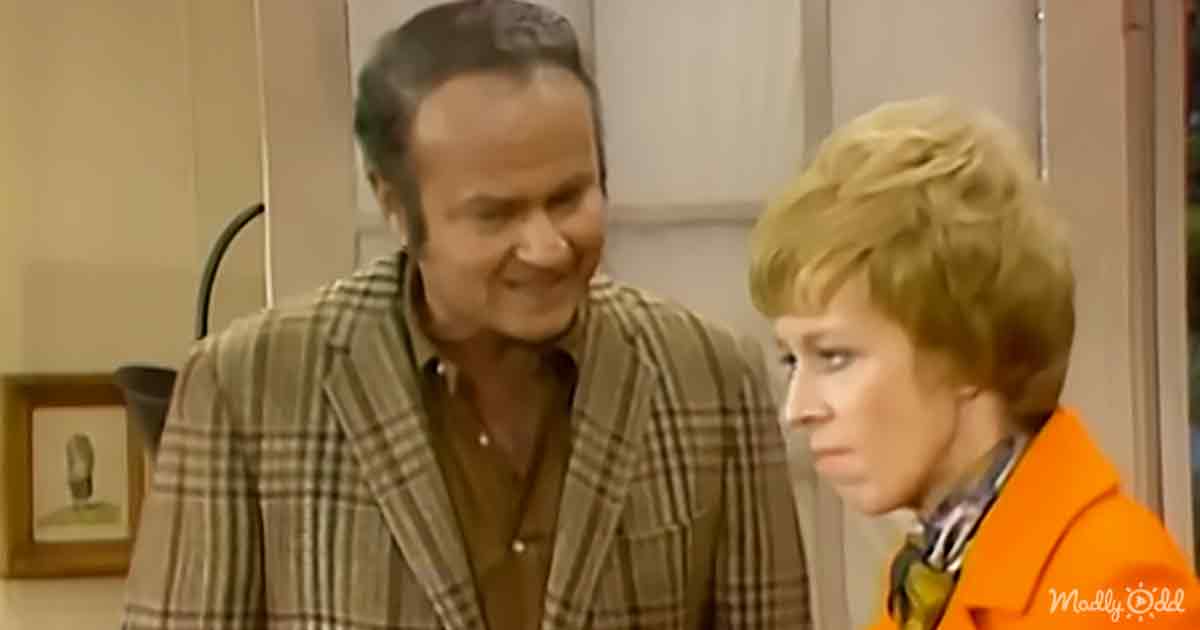 “Ok honey, we’re in the room,” says Roger. “Oh, you’re beautiful,” she responds, clearly agitated by their situation. Roger had promised her a vacation; instead, they took a business trip to the nudist colony.

Roger, desperate to convince Carol to stay, explains that he needs to visit here for a client, Joe. Apparently, Joe routinely visits the nudist colony with his wife, so Roger needed to come here if he wanted to secure a business deal. 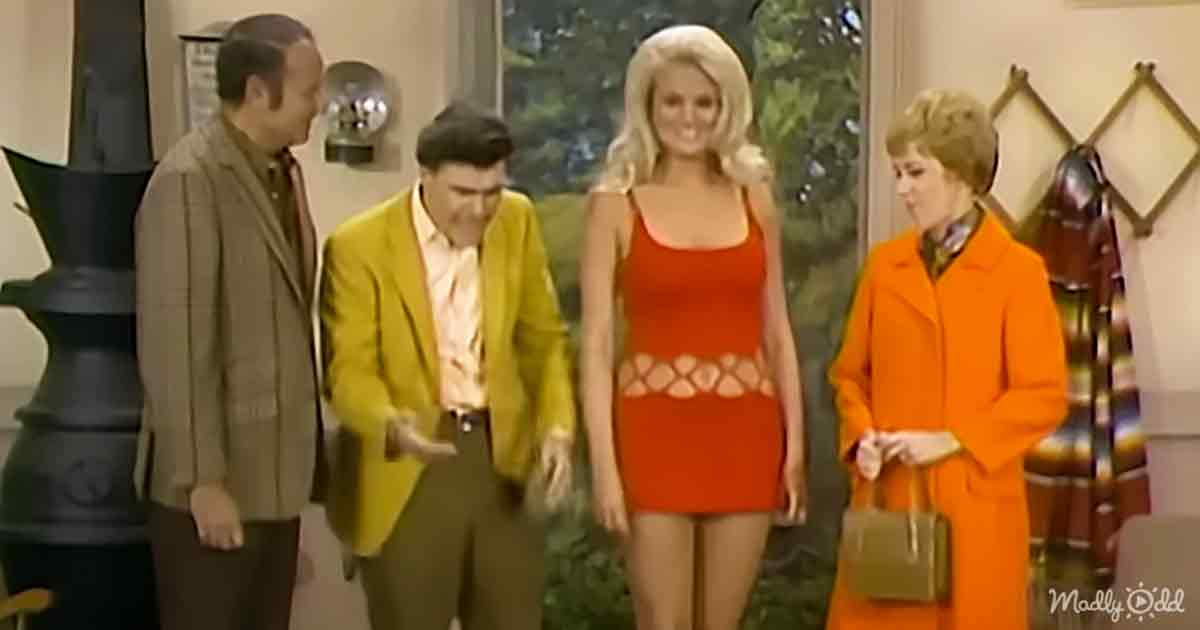 Of course, this makes no difference to Carol. She wants to leave, and she wants to go now. However, there’s a knock at the door. Roger opens it, and a man is standing there. He welcomes them to the colony.

The man mentions the “pretty view” they have from the cabin; Carol agrees as she covers her eyes and places her head against the wall. After this brief encounter, the man bids them farewell.

Once again, Roger tries to convince Carol to stay by showing her the bedroom. Unfortunately, the second he steps into the bedroom to look around, there’s a knock at the door. 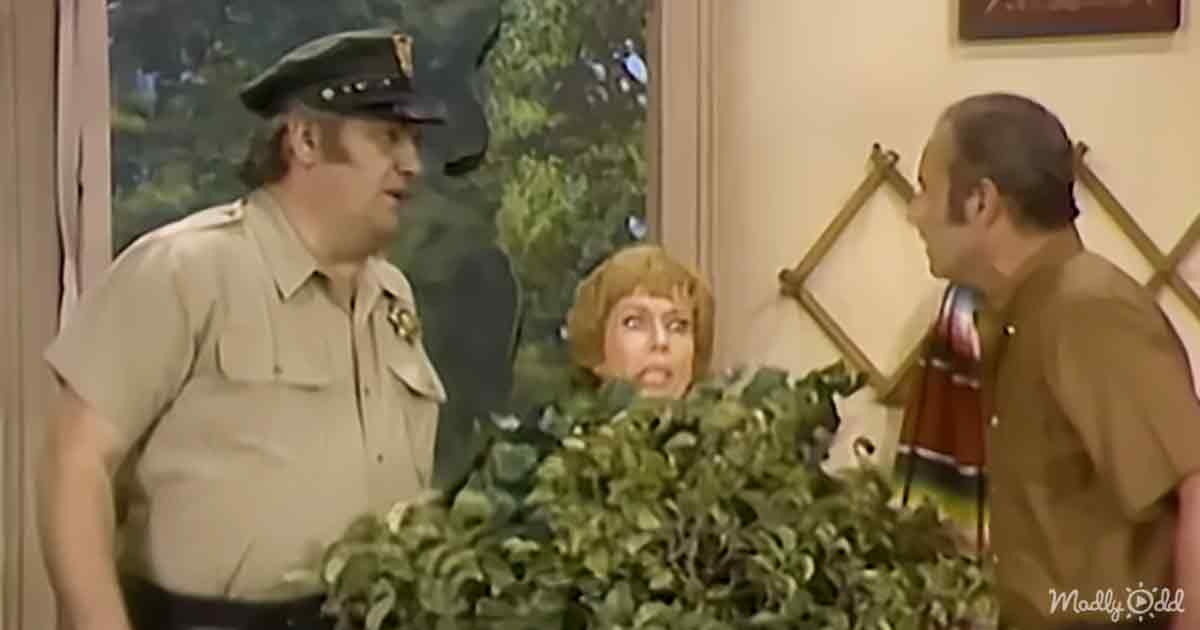 Roger shuts the door, leaving Carol to answer the door, and she does so reluctantly. After accidentally opening the bottom half of the door, she manages to open just the top half.

Waiting outside is an irritated bellhop, who passes their luggage through the door. Carol apologizes, telling him she only has a few nickels. The man scoffs, telling her not to bother because he doesn’t have anywhere to put them,

Roger and Carol begin arguing again once the bellhop leaves, but then the client, Joe, and his trophy wife, Helga, arrive. How will Carol react to the voluptuous curves of this soon-to-be nude woman? Here’s a hint: not well. Of course, you’ll need to watch the whole clip for all of the laughs, but you really should. Trust us, it’s worth it!